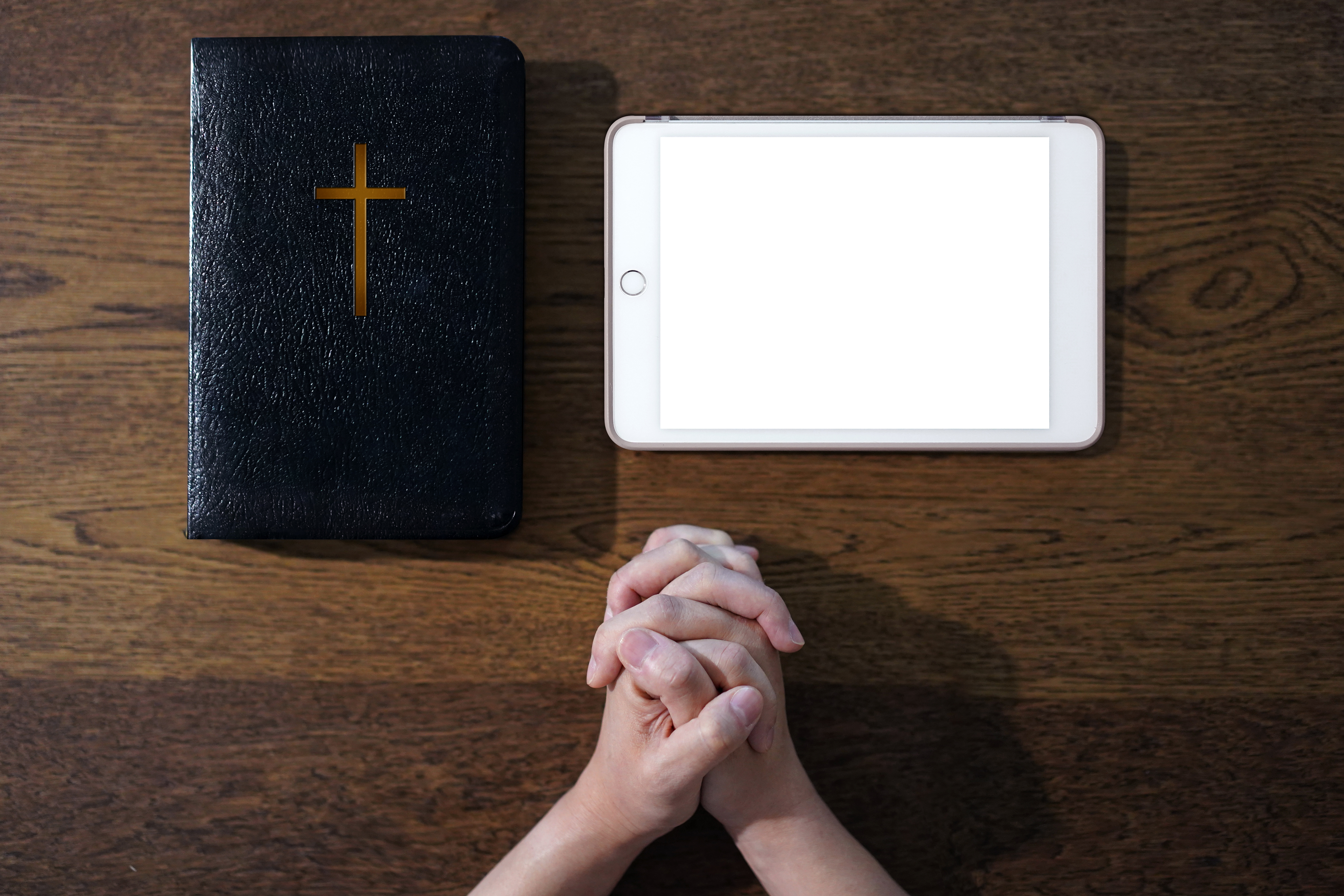 If you were to ask a large group of people what is helping them get through the COVID-19 pandemic, many of them would more than likely tell you their answer is faith. They have faith that we will get through the pandemic and be able to lead normal lives again. However, as the nation continues to fight through the pandemic while more and more people get vaccinated, faith is one of the many areas impacted by the disease.

Brother Phil Bryant of Sandy Valley Baptist Church is persevering through the pain of the pandemic along with his congregation.

“It’s hard to encourage people when you aren’t in person,” Bryant said.

When in-person worship services needed to be canceled for the safety of the parishioners, Bryant got creative and went above and beyond to bring faith, encouragement, and the word of Jesus to Central Georgia. The church held services in the parking lot with a transmitter, like a live-action drive-in movie. They also stream their services on Facebook where Bryant says they sometimes reach up to 600 people per service, which is a lot considering the small church has an average attendance of around 190 during non-pandemic times.

Sandy Valley Baptist Church was hit particularly hard by COVID; they lost their associate pastor to complications due to COVID, Bryant says he was told. He also says two or three other members of his church also passed away from COVID related complications. He says an unknowingly, asymptomatic parishioner came to the service at one point, which infected three other members of the congregation. Bryant shut down his church for two weeks and had it professionally cleaned and sanitized. He says since that incident, the church has not reached its usual attendance rate and currently sits at about 40 percent, even as more and more people receive their vaccination. Bryant says before that incident, attendance was around 60 percent. They’re currently averaging less than 100 people per service.

Slowly, parishioners are starting to return to their church. Bryant says a couple who received their second vaccination two weeks ago told him they plan to be in church Sunday. He says it’s been ‘a long time’ since the two attended a service in person.

“Hopefully things are going to change now and the people who are getting the shot are going to come back and go to church again,” he says.

Bryant says initially, both he and his wife, Kathy, were hesitant to get the shot. Both fell ill with COVID months before a vaccine was available, but he says it was thankfully a mild case that felt like allergies. He says He insisted on being tested after their asymptomatic congregation member tested positive.

“We weren’t really sick, we had maybe one symptom, but we’d been around someone in church who had it,” he says. “The nurse told me she wasn’t sure if we needed to be tested, but I said, no, I want to be tested because I don’t want to go back to the people I love and give it to them.”

While deciding whether or not to get vaccinated, he says both he and his wife tested positive for the antibodies, but felt like they’d rather be safe than sorry.

“You can go and get bloodwork and find out you have the antibodies, but a few days later you might not have them.”

Though he wishes he could preach to his entire congregation on a weekly basis, Bryant is encouraging his parishioners to do what feels right for them.

“If you’re afraid, don’t come. You can watch the service on Facebook. If you feel safer doing that, that’s okay because I don’t want people being afraid they’re going to get COVID while in church,” Bryant said.

Bryant says the pandemic is causing a lot of depression and despondency and people not ‘feeling like they’re doing right.

“I get people talking to me, looking for encouragement and to know that they’re not straying,” he says. “It’s not natural for us to not have the fellowship with others that we are missing during this pandemic.”

One thing that has not changed due to pandemic is the generosity of the congregation.

“Moneywise, people are still giving,” Bryant said. “Offerings are as good as they’ve been in other years. It causes me to think that we will get those people back who haven’t returned to in-person service when this is over.”

He says their yearly offerings budget is around $360,000. He says 10 percent of that goes to the Southern Baptist Convention Cooperative Program, two percent goes toward the Rehoboth Baptist Association, and 12 percent goes toward missionary work. He says they hold three offerings per year for state, national, and international missionaries, which is about 4,500 in total.

At 75 years old, Bryant says he is thankful to be healthy. He says he doesn’t have any kidney or heart issues, and no diabetes. In fact, positivity is one thing you will be sure to find when talking to Bryant.

“Most every time I give a sermon, whether it’s in house or online, most every time I begin by saying there are things going on around us and I know it makes us skeptical, but we’ve had so many people get through it,” he says. “We are very blessed to live in a country where we came up with a vaccine and have the medical knowledge we do.

He says that even though he feels sorrow for the lives of the members of the congregation lost to COVID, he is pleasantly surprised by the ones who beat the odds and survived.

“A lot of others had it and I didn’t think they’d make it through and was surprised they did,” he says.

However, even though he is happy to have those parishioners still with him, he doesn’t want others to think they’re in the clear.”

“You best just better be careful,” he says. “There’s a lot of other countries that don’t have the help that we have here to begin with and they don’t have the ability to go to the hospital and get the best care in the world.”

Bryant says he tries to give everyone he speaks to encouragement despite the current situation. He is keeping an upbeat attitude and looking forward to the day things return to ‘normal.’

“That’s something people ask me all the time – will the congregation come back? There will always be people who come and then don’t come, maybe it’s not the right fit or right for them, but it’s my belief that we will get back to the numbers we had before even though we never know for sure,” he says. “I’m praying in the months to come, our numbers get close to that.”

Though he encourages his congregation to do what feels right, he believes they’re as safe in his church as they are out shopping.

He says there are some people who have advised him to cancel online services to encourage members to return to in-person services. However, Bryant has no plans on ending online services, even once the pandemic ends.

He says the church is currently in the process of updating equipment so they can continue to stream on Facebook. He also says they sanitize the church and wipe and spray everything down before every service. The church has been professionally sanitized twice since the pandemic began.

Bryant says that two weeks after he and his wife receive their second vaccination, he and his wife have plans they’re looking forward to. They plan to visit the friends and family they were separated from during the holidays, which they spent alone, and travel to Florida to fish.

Sticking with his message of encouragement during hard times, he says he plans to give a sermon on going from riches to rags. Many people are probably familiar with the parable about going from rags to riches, but Bryant says Jesus went from the riches of heaven to the rags of earth where he was crucified. He believes many will be able to relate to the message feeling like they went from the riches of fellowship to the rags of seclusion due to the pandemic. He says he will continue to be there for anyone who needs someone to talk to during this time, whether they’re a member of his church or not.