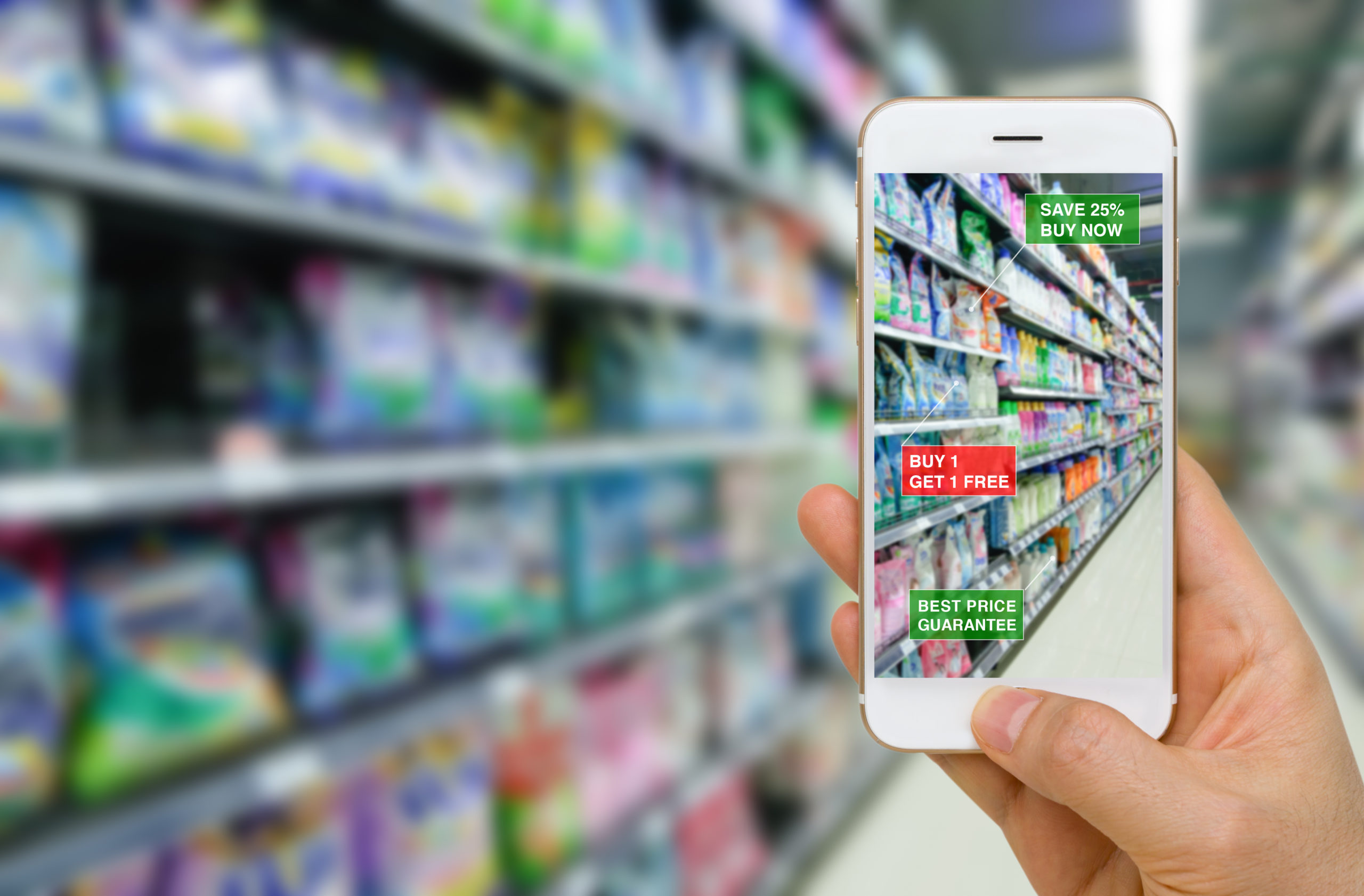 By Miner AgencyNovember 5, 2021No Comments

Let’s journey down the road a piece to where there is a new Amazon Go Store. You shop around, pick up an Amazon Echo Dot, a giant screen TV, some socks, underwear, Flaming Hot Cheetos, and assorted other items. You place them in your cart. Then you download the Amazon Go app, scan the app’s QR code, and walk right out. It’s cashier-less shopping. Sadly, you don’t get to say hi to Madge in the checkout at Whole Foods, but the time and convenience you save far outweighs the pleasant vibes from a Madge interaction.

The best part is, it’s not down the road apiece, as in tomorrow, it’s here and now. Beta tested in late 2016, the first Amazon Go Store was opened to the public in January 2018 and thousands of new locations are planned for the day after tomorrow. In order to pull this feat off, Amazon integrated many different technologies, including computer vision, Artificial Intelligence, sensor fusion, and IoT (“The Internet of Things” embracing machine to machine technology, aka“smart” devices).

All this is to enable something that sounds complicated but isn’t. It’s called, “Frictionless Commerce,” and it involves removing the stumbling blocks and pain points out of transactions, fulfilling the customer purchase experience and desire for speed, choice, convenience, and accessibility.

Here’s another take on it: “Every step between a customer and their intended purchase is “friction” and conventional wisdom dictates that less friction means customers will complete more purchases (overall). This is the idea behind frictionless commerce, which aims to eliminate as many of those steps to purchase as possible.” June 3, 2020, ~The Clikk

You don’t have to look too far for examples in everyday life for who or what is chaffing you in your buying world. Here are some recent frustrating, flabbergasting, infuriating, flummoxing purchase annoyances from my own life. Whenever I buy alcohol at Walgreens down the street (strictly medicinal), they ask to see my driver’s license. I’m not ancient, but I am clearly decades past 21 (okay, so maybe I am ancient). The store even checks the birthdate on my license, and all this takes about 2 minutes of my time, frustrating. Another example. We moved recently. I tried out a new dry cleaner down the street where I told the guy behind the counter that the collars on my shirts need extra attention. He ignored me and did not put a piece of tape on the collar to indicate the need for extra care. My old cleaner, Mr. Yang, always did that and I felt like he was listening. The upshot? Goodbye Kenny. Back to Mr. Yang even though it’s an extra six-minute drive. I changed car repair shops because when I went in for an oil change, they gave the car a thorough check, great, but always, always, always found something wrong: I need new tires. The shocks are worn. The automatic transmission is slipping. Plus, and this is the biggest reason I switched– due to Covid, they stopped having free popcorn in the office, which was wonderfully buttery and overly salty. Yum.

Speaking of Covid, it’s hard to ignore the way the pandemic has changed our lives, purchasing experiences, and behaviors. People stopped going out to retail stores and Amazon moved in. And they’ve stayed at the top of the game with 1 click purchase, dash button, and starting Amazon Go stores noted earlier. Whole Foods started allowing people to order online with same-day delivery. I’d never trust them to pick out a steak, but maybe it’s okay if they squeeze my tomatoes. To ease concerns and increase business, restaurants and a ton of retail stores started curbside pickup made possible by smart technology.

And where would we be without Zoom? Talk about making life easier (okay, I will). As a writer for hire, I was doing a lot of friction-filled networking every week: driving 20 minutes to a 7 am breakfast meeting, having to spend $15 bucks on breakfast, meeting people in person for one-on-ones. In March of 2020, when the lockdown occurred, instead of meeting in person, my BNI (Business Networking International) group started zooming. And then Zooming started booming. I hate to say it because it was an outgrowth of the pandemic, but Zoom was a boom to my business.

Tech that’s Now and Next

AR (Augmented Reality) is one of the biggest technology trends right now, and it’s only going to get bigger. AR lets us see the real-life environment right in front of us—trees swaying in the park, dogs chasing balls, kids playing soccer—with a digital augmentation overlaid on it.

Perhaps the most famous example of AR technology is the mobile app, Pokémon Go, which was released in 2016 and quickly became an inescapable sensation. In the game, players locate and capture Pokémon characters that pop up in the real world—on your sidewalk, in a fountain, at Ebb and Flo’s bar (oops), even in your own bathroom. Kids and adults went berserk over this app.

Games aside, AR has all kinds of applications for pleasing, surprising, and convenience offering options that are making purchasing decisions easier and more likely for customers. You may have seen an eyeglass ad on TV for a brand that lets you virtually try on eyeglasses. Here are other wonderful applications: enhanced navigation systems use AR to superimpose a route over the live view of the road. During football games, broadcasters use AR to draw lines on the field to illustrate and analyze plays. Furniture and housewares giant, IKEA offers an AR app that lets you see how a piece of furniture will look and fit in your space. And then again, there. is the gaming world, which is in line to present an AR universe that is said to have the power and potential to overwhelm players. Imagine if a six-headed gorgon appears in your kitchen ready to have you for lunch. Or what about the Wicked Witch from Oz, terrifying virtually every kid just with a regular color TV.

There is clearly a rainbow of opportunities and technologies available to companies that will make easing on down the purchase road a time-saving, hassle-free experience. But there may also be scary things behind the curtain that we can’t ignore. Either way, we’re sure not in Kansas anymore.

Speaking of frictionless marketing companies, let me slide with ease to mentioning how The Miner Agency can help your business get on down the road. No matter if you are just getting on the business highway or are seasoned infrastructure, the Miner Agency has tailored approaches and solutions for moving your business into the future and beyond.